There is so much I want to talk about and mention, so many things going on in my mind, but all I can think about is last week.

I had met Beth once in the Mall.  Although they work in different departments and on opposite shifts, my husband had mentioned her a few times and remarked on what a kind, gentle spirit she was and how he had been good friends with her at work.  Three weeks ago, he came home from work with bad news.  He mentioned how he had been working with her closely on some internal audit details and how he had been standing behind her when she made a call to her husband.  He works there too.  They wanted to work together to be close to each other.  They’d spent all their free time together out in their small piece of land, tending the few heads of cattle they owned; it’s what they loved doing.

She spoke in hushed tones:
“Can you come get me?  I don’t feel well.”

When he got to her desk, she whispered:
“There’s something wrong, I’m losing my sight, I’m going blind.”

As he was relating this to me, my initial thought was, ‘oh no, diabetes?‘

They then left and went to the local hospital, where a doctor told her she was having an allergic reaction to coffee — another reason I have blatant disregard for the local health care system and its staff here.

Unsatisfied with the diagnosis, her husband got her in to see a specialist 45 miles away, three days later, where they rushed her into Chemotherapy that day after they discovered she had acute myelogenous leukemia (AML) — the most aggressive of its kind.

Last Thursday morning, I got a worried call saying she had suffered a brain hemorrhage and was now in ICU.

She died that afternoon.

I can’t help but wonder how many reminders I need before I grasp the fragility of life(?).  This woman was alive two weeks ago, not knowing those were her last days.  She was just 39, with a college-aged daughter.  And her husband.  The love of her life has to just carry on.  Keep going to work.  But for what now?

Everyone has a right to their own thoughts and belief systems, but for me, it’s hard to fathom that colleagues are saying, “she’s gone, he’ll never see her again.”  What kind of hope for the future does that give?  It doesn’t.  What are we living for, if not for something far better than our imaginations can take us?  If that is true, all the love we share with others is null and void and for nothing.  It can’t be.  It isn’t.

Although I didn’t know her, it has been a eye opener for me.  A time to continue to appreciate and validate those in our lives.  A time to make the most of what we have and take nothing for granted.  A time to live in the moment and not rush to the next thing.  Life is too precious not to. 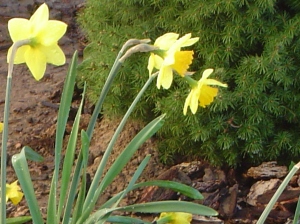 This entry was posted in Daily, Life and tagged Daily, Death, Life. Bookmark the permalink.

19 responses to “Another Reminder”